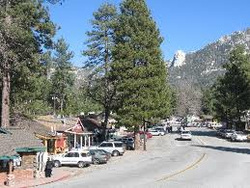 On Thursday Nov. 4 The Rustic Theatre in Idyllwild will screen the film "The Greatest Good."  This film is a documentary about the U.S. Forest Service's efforts to maintain the countries resources during global change.

The free screening will be @ The Rustic Theatre @ 2:30pm, free of charge.

The Rustic Theatre  is located  at 54295 North Circle Drive, Idyllwild.

This is probably one of the most memorable poems to come out of World War I.  This poem prompted others in the US to organize for a unified, countrywide day of remembrance - now called Memorial Day.

In Flanders fields the poppies blow
Between the crosses, row on row
That mark our place, and in the sky
The larks, still bravely singing, fly
Scarce heard amid the guns below.
We are the dead.  Short days ago


We lived, felt dawn, saw sunset glow,
Loved and were loved, and now we lie
In Flanders fields.

Take up our quarrel with the foe:
To you from falling hands we throw
The Torch; be yours to hold it high.
If ye break faith with us who die
We shall not sleep, though poppies grow
In Flanders fields.

May 1, 2010 is the last performance for this year's Ramona play.

Tickets are still available for the May 1 show.

Go here to get your Ramona tickets.

Check out the historical compilation video of the play, below.

The Ramona Play is based on the novel "Ramona" by Helen Hunt Jackson, published in 1884.  The play depicts the love story between Ramona and Alessandro and also provides a glimpse of the tragic history of Southern California's native people.

The play surrounds the love story between Ramona and the Indian Alessandro and the serious consequences of that relationship.

I will not describe the play further as it would diminish your experience of the play in all its glory.  Needless to say the play will be worth you while. Check it out.

For more information about the Ramona Play, performance schedule and ticket prices please go to the Ramona Bowl  website.

Why green on St. Patrick's Day?

It all goes back to St. Patrick, a British youth held captive in Ireland, who escaped captivity and later returned as a bishop to Ireland to convert the Irish to Catholicism.

The color green is a represantation of catholicism and celebrates St. Patrick and his missionary work in Ireland.

St. Patrick used the shamrock to explain the Holy Trinity in his missionary work with the Irish, another tie in to the wearin' of the green on St. Patrick's Day.

Why pinch a person who is not wearing green?

This pinching practice started in the 1700's in Boston.  The only way not to be pinched was to know that  leprechauns cannot see the color green.

Wearing  green meant they could not see and pinch you.  Being pinched on St. Patrick's day was meant to serve as a warning and reminder about leprechauns.

The Press Enterprise had an interesting story last week about the Cabazon Water district.  Cabazon is located on the I-10 between Banning and Morongo casino.

The story included a reference to a youtube video.  Even though it's not Hemet related it's still an interesting  look into our common past.  It shows how it was in Cabazon, and may have been in Hemet, a hundred years ago.

The video describes the pioneer effort to get water, the digging of the San Jacinto tunnel through our local mountains, and other historical points of interest.

Check it out below.

Schedryk, a 16th Century Ukrainian Christmas Carol and the English Version, Carol of the Bells

Wishing all our customers health and happiness this Holiday Season and prosperity in the New Year.

We value our customer relationships and thank you for being our customer.  We look forward to serving you in the New Year.

The U.S. personal savings rate has seen  negative numbers only four times in recent history:
1932 and 1933
- struggling to cope with the Great Depression
2005
- consumers wiped out savings to buy cars and other big ticket items
2008 and 2009
- when the construction industry and everything else went south

1.  The U.S. flag is usually flown from sunrise to sunset.

3.  The flag should be illuminated when flown at night.

4.  The flag should not be flown in rain or inclement weather.

5.  After a tragedy or death the flag is flown at half staff for 30 days.

6.  When flown vertically on a flagpole the stars and blue field are at the top and end of the flag pole.

7.  The American flag is always flown at the top of the flagpole.  State and other flags are flown below.

9.  The flag should never touch the ground.

10. When storing fold the flag.

11. When retiring a flag the flag should should not be thrown away, preferrably burned. 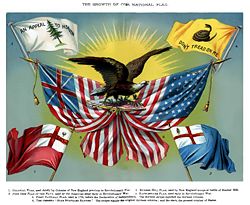