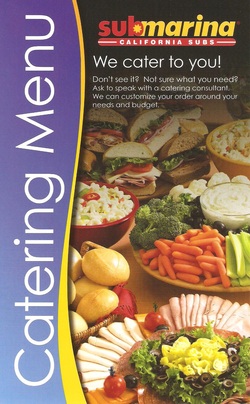 Whenever you're giving a party, obviously,  you need to think about your guests and the amount of time you'll need to  spend in the kitchen. If you don't want to stand there and cook for different tastes a sandwich platter may come
handy.

It is easy to prepare, serves as many as you want and there is little difference between making food for meat eaters and vegetarians.

Throwing a party requires very thorough preparation. Even if you are paying attention to every little deatail there will be things that you'll overlook or miss.  You can easily save some time by preparing  sandwiches.

There are as many different sandwich recipes as there are people, but there are a few main types that you should consider.

For a sandwich platter you need to make simple sandwiches. Open face, or single sided sandwiches are the easiest to make. You can use pepperoni, cheese, avocado, butter spread and pepper or just about anything you happen to have at home. There is one thing you can't do with your sandwiches and that is use old bread.

Use fresh and soft bread every time you set out to make food like this, as it can take anything but stiff bread. Triangles are also very easy to make and easy  to put on a neatly ordered platter. All you have to do is use square shaped  bread make the sandwich, cut the crust and halve the product diagonally. You can  put them on one of their shorter edges stacking many sandwiches
horizontally.  They will not fall over because they support each other.

There are many successful recipes online but there are always services to help you out. One of these catering services is Subway, another is Hemet's Submarina.  To feed 10-12 people you may expect to pay about $40+ on assorted sandwiches. A giant 3 foot long sub that feeds about the same number of people can be had for the same amount.

You can either spend $40 on a whole sandwich platter or ten bucks less on the materials and do everything for yourself. I much prefer the second option as it allows for more creativity and many more different types of sandwiches to pile on the plates.

Fine Italian Cheeses and the Party That Demands It

If you are an Italian and you plan on hosting a great get together, you obviously already know what you must not leave out in regards to serving the guests and that is the fine Italian cheeses. This is something that basically goes hand in hand with socializing, and without cheese on the table you can bet there will be some confused and upset guests. Cheese is a very popular item when it comes to not only nibbling, but with larger scale meals as well. Whether it is pre-sliced, or it was left as a whole and you break it off yourself cheese is a big-ticket item that few partygoers forget.

No Cheese Equals No Lasagna

If you are going to make a great Italian dish such as lasagna and you forgot the cheese, then you can basically wipe that dish right off the menu for the night. The fact is that you cannot make this recipe without cheese, and this defiantly broadens the actual importance of the cheese as a whole. There are hundreds of various Italian cheeses that you can choose from when it comes to picking something out for a recipe like this, finding the right cheese however, is key and will be noticed by the diner that tries the lasagna. Lasagna is not the only great Italian dish that defiantly needs a form of cheese to complete it; in fact there are several dishes that depend on the use of cheese to make them a success.

The Cheese Is Everywhere

The great thing about Italian cheese is that it is virtually everywhere. You will not have a difficult time finding a cheese that you can use for a recipe or for a cheese and cracker plate for snacks. Cheese is something that the Italians have been making for thousands of years, and they have actually become authorities on what a wonderful cheese is meant to taste like. Italian cheese is appreciated from the standard snack tray, all the way up to some of the most delicate Italian recipes that are considered world class. Some of these fine recipes are only found in the most prestigious of restaurants today, and the chef will grade the quality of the cheese long before it reaches the recipe. Many of the fine cheeses that are used for the great recipes, are actually made in house at the restaurant for the specific use by the chef for the recipe.

Along with fine Italian recipes that use great cheese, you will also find those occasions where someone would just prefer to use a great Italian cheese on a great sandwich. The cheese in combination with some divine Italian lunch meat of fantastic hard crust bread, will definitely tickle your taste buds. You will fine many cheeses that will actually bring the most out a strong Italian lunch meat, and actually change the taste of it. This is what is so wonderful about the cheeses of this delightful tiny country of Italy.